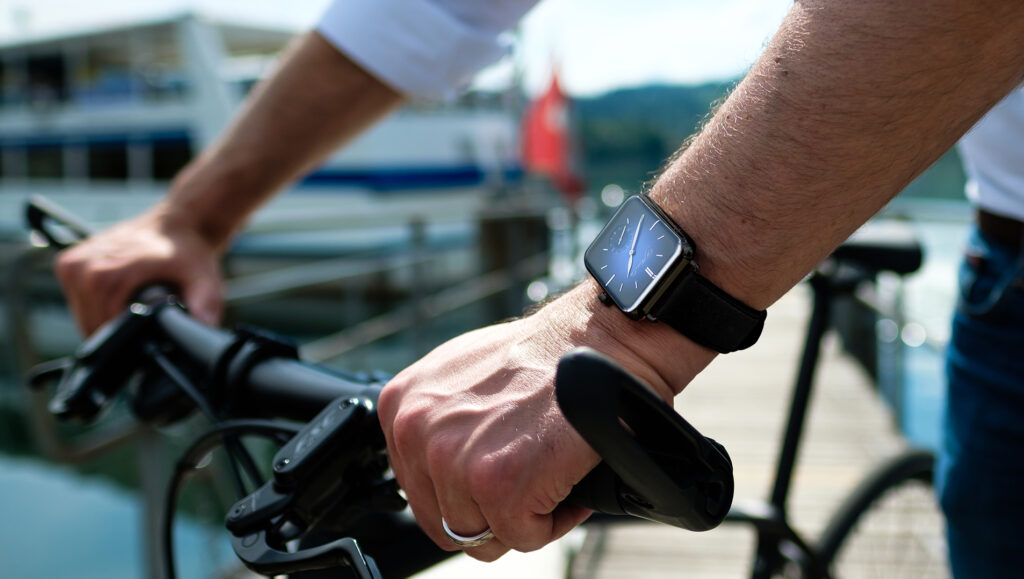 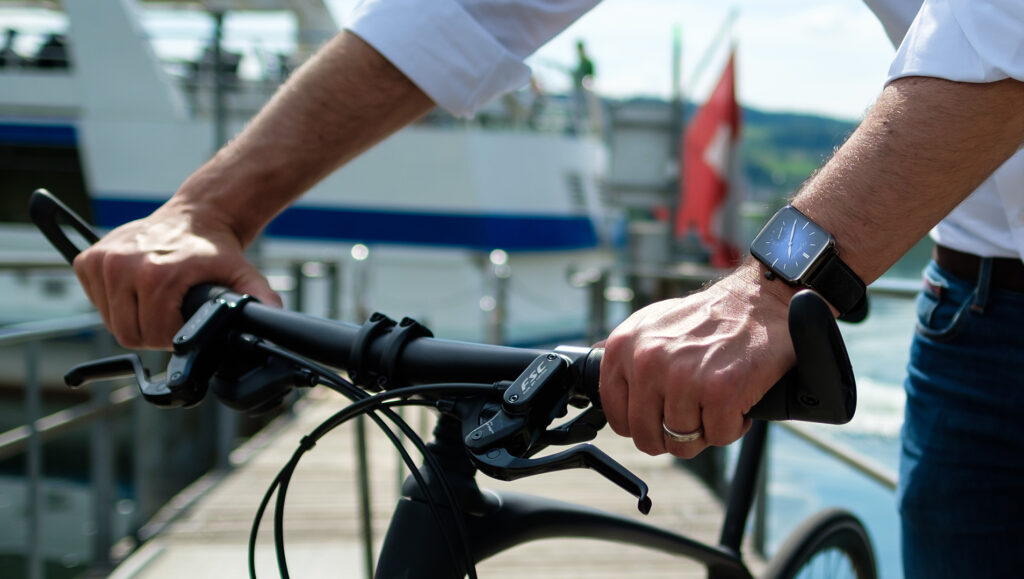 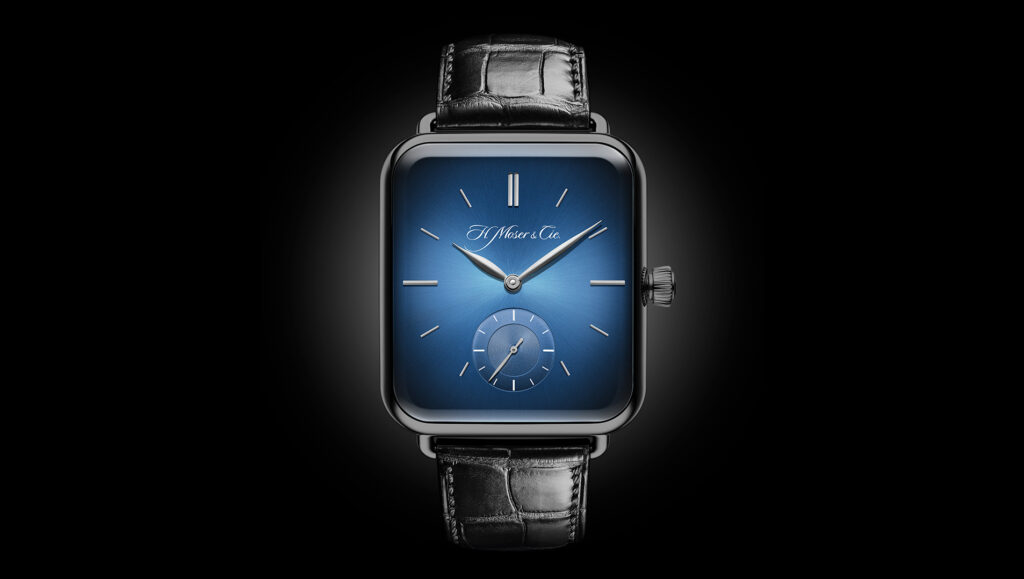 Taking design cues from the modern era, the Swiss Alp Watch represents the traditional, mechanical interpretation of the smart watch. Limited to just 50 pieces, this Swiss Alp Watch boasts an entirely in-house developed and produced HMC 324 hand-wound movement which unlike other “smart watches”, does not need to be plugged in to recharge. Winding the crown on the side of the steel with black DLC treated rectangular case will keep the time going for more than four days.